About us and testimonials

“The 1:1 Koru drama lessons on Zoom have worked really well and have been a fantastic opportunity for my son to benefit from Jane’s expert tuition. The individual attention he has received from Jane has meant that he has made such a lot of progress towards his LAMDA exam pieces. Jane works in a very collaborative manner, encouraging and valuing my son’s contributions. Drama on Zoom has been a very enjoyable and positive experience and a highlight of this time for my son”  – Lara – Parent

“Our studios are warm and friendly, built on self-discipline, team ship, trust and respect.  Respect is earned and given by following values of fairness, equality and empathy” – Jane Syder

Class sizes are small to enable quality learning, fostering a community built on mutual collaboration. Members of Koru are encouraged to develop as creatives tapping into their inner character and self-initiating their development in a supportive environment.

KORU works toward Introductory – Grade 8 exams with the prestigious examining boards of London Academy of Music and Dramatic Art, Trinity London and Imperial Society of Teachers of Dancing.

Mrs Jane Syder trained at the renowned Performing Arts School, Bush Davies and the Guildhall School of Music and Drama.  She has full Equity status and works in professional theatre and television. Mrs Syder is qualified with an MA in Professional Practice Arts (Middlesex), Licentiates LAMDA (LLAM) and Guildhall (LGSMD) and ISTD dance teaching Associates in Tap, Modern and National Dance with an Associate teaching diploma in Imperial Ballet.

Director, writer and teacher, Jane established a Performing Arts School, The Reepham School of Dance and Drama (RSDD) in 1990 and ‘Beginnings’ Theatre, Television and Model Agency finding professional work for students with the BBC, in Musical Theatre and Opera. In New Zealand, ‘Centre Stage Youth Theatre and Performing Arts’ was developed in 2006 and our Koru Performing Arts groups in 2014.  Saturday mornings offer Singing, Acting and Ballet, Tap and Jazz dance with industry professionals, providing a ‘triple threat’ alternative in Newport, Shropshire.

Audition and Drama Scholarship preparation has resulted in students continuing their training at LAMDA, ALRA, Arts Ed, Hammond, Rose Brueford and at the National Youth Theatre.

Our past productions have provided valuable performance opportunity, while learning the technical requirements – lighting, sound and set design.  Our productions have raised funds for ‘Children in Need’, Starship Children’s Hospital, Auckland and Harry Johnson Trust.

We have built a costume department, often used to supplement productions and this endeavours to keep costs to a minimum for parents.

Our fees are competitive with an early bird discount if paid in advance.  There are additional incentives to ‘Koru’ members.

“My first classes with Jane were dance and ballet for very young students (4-5+ years old) but I distinctly remember deliberately taking an age to leave the studio, hanging around to see the older dance students rehearse and overhearing the warm-ups and ensemble exercises of the acting groups. I was absolutely hooked on performance at a young age seeing this creativity come to life and Jane’s classes provided foundational lessons in voice, movement, text-work and acting which I have never forgotten. I went on to do further Acting Medal exams assessed by LAMDA & Guildhall boards, successfully auditioned for the National Youth Theatre of Great Britain, was awarded a Performing Arts Scholarship to study at university and have been working internationally across arts/festival production departments alongside my freelance performance work too.  All those seeds were planted in RSDD and Jane is a superb teacher who fully involves each of her students, helping them develop a personal confidence, alongside a genuine love and appreciation for all aspects of the performing arts which continues to inspire me today. Thank you Miss Jane”! 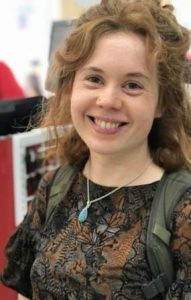 “I started having voice and acting lessons with Jane from the very young age of 7 or 8. Her classes gave the foundations of everything I know about acting and making theatre 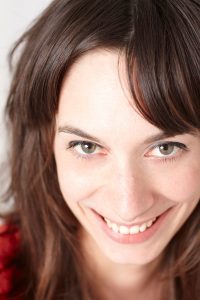 . Our productions were always the highlight of my year and Jane never settled for second best from any of us. Her classes made me the actor and theatre maker I am today; diligent, hard-working and never settling for less than my best”!

The Whiting’s On The Wall Productions 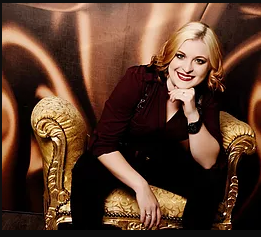 “Jane Syder is one of my biggest inspirations. I began at her school The Reepham School of Dance and Drama in the early noughties. Jane was the fire starter for my love of theatre and performance. I started as a little dancer with the RSDD then as I got into my teens I moved onto the drama side. Jane had an amazing knack of challenging and inspiring me all at the same time. She helped me to develop a huge range of skills, not just in relation to the practice of theatre and performance but in the practice of life. The RSDD became my escape where I was supported to build and develop in confidence in a safe and supportive environment. Jane helped me find “me”, and for that I will be forever thankful.

While with the RSDD I achieved many qualifications not just in drama but also in dance. My greatest qualification was achieving my Grade 8 in the Trinity Guildhall examinations, and the medallions in LAMDA. As I got older into my mid-late teens, Jane supported me in developing my teaching skills in the craft. Jane granted me the opportunity to assist her in her drama classes, this spurred me on to apply for a performing arts Degree at University and follow my passion for teaching.

Since working with Jane and the RSDD I have completed a degree in Performing Arts, worked with Northern theatre, performed in street performance in Leeds and York, taught GCSE drama at Canon Lee High School, York and I now run the drama and theatre department of a local performance academy.

It’s not an easy pathway into theatre and performance but I couldn’t have asked for a better foundation then the support and guidance I received from Mrs Jane Syder. So thank you Jane, for more then you know”.